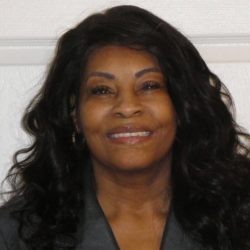 In 2018, former engineer Toni Crowe started successfully pursuing her dream of becoming a full-time author. After growing up in Chicago’s projects, Toni Crowe graduated from the University of Illinois with an Engineering Degree. She obtained her Master’s in Management, became a Professional Engineer, Certified Professional  Manager, and a corporate Vice-President. She evolved into an entrepreneur and CEO of Just One with the goal of  stopping “just one” person from making her mistakes.

Sybil Topel serves as Vice President of Marketing and Communications for the Chattanooga Area Chamber of Commerce. She led the marketing department for a boutique architecture firm in Nashville prior to earning her Master’s degree in Fine Arts in Atlanta in 2014. As a media consultant her clients included insurance companies, healthcare systems and FedEx. She has worked in communications for AT&T and SunTrust Banks. Sybil started her career as a journalist. 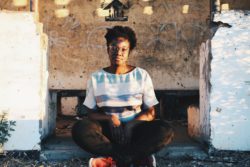 Oluwaseun Babalola is a Sierra Leonean-Nigerian-American filmmaker who founded DO Global Productions, a video production company specializing in documentaries and docuseries. Her focus is to create and collaborate on projects across the globe, while providing positive representation for people of color. She is a co-founder of BIAYA consulting, a consulting firm that bridges resource and knowledge gaps for African entrepreneurs in emerging industries. BIAYA’s first project was a convention in Lagos, Nigeria  to help build a sustainable creative industry that can grow and export content. 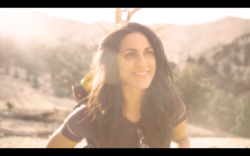 Dr. Eylene Pirez is an accelerator physicist and photographer who focuses on science literacy and multi-disciplinary education through exploration and world travel. Most recently, she has been working on a project called Access Chile, a docuseries tackling unique adventures in the name of science.

With a screen & stage career spanning over 40 years,  therapist Carol Potter is best known for her role as Cindy Walsh in Aaron Spelling’s Beverly Hills 90210, among many other Hollywood credits.  She has also been seen on stages in New York, including the original Broadway production of Gemini, Los Angeles, and regional theater.

A Harvard graduate, she became a Licensed Marriage and Family therapist in 2001.

Alison Gerber is Editor and Director of Content at Chattanooga’s daily newspaper, The Times Free Press. She manages a newsroom of 75 people who produce a daily newspaper, three magazines, and five weekly community newspapers. Alison serves on the boards of the Tennessee Coalition for Open Government and the Associated Press Media Editors.

The newspaper recently launched an initiative proposed by the Mayor’s Council for Women in partnership with Chattanooga Women’s Leadership Institute (CWLI) where prominent women in the community contribute articles to the business section. The Times Free Press has been recognized with awards including the Tennessee Press Association’s top honor for the past three years. The paper was a finalist for the Pulitzer Prize in three of the last five years.

A Multicultural Gift: In 2002, David and his wife Linda co-founded the Mariposa Museum and World Culture Center in Peterborough, New Hampshire. Mariposa’s mission is to foster peace, global awareness, and understanding across cultural boundaries. Stories are important and objects tell the stories of the people who make and use them. Working with artifacts from around the world, we can see what we share with people of different cultures and celebrate our differences.

Podcast interview with Jan Levine Thal, Artistic Director, Kathie Rasmussen Women’s Theatre (Krass), Madison, WI. Krass supports women playwrights and directors but welcomes people of all genders in all other aspects of its work. In this interview she discusses why women’s theater is the same and different from all other theater. See the website for current and past work: krasstheatre.com