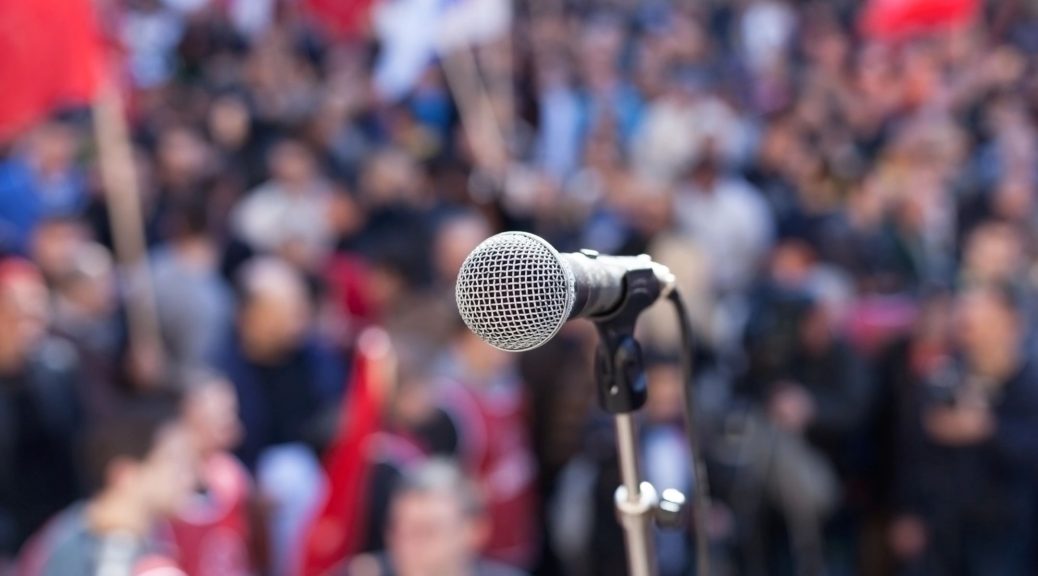 This is the sixth in a series of columns based on my research as a former fellow of the University of California National Center for Free Speech and Civic Engagement.  In earlier columns I argued that our nation’s system of expression is far too complex to be encompassed by the simple, misleading couplet, “free speech.”  In fact, over more than two centuries, our nation has developed a complex constitutionally-based system that combines robust legally-protected speech with selective legal limitations on speech.

Therefore, diversity advocates should not be drawn into the position of opposing free speech. They don’t need to, because it does not actually exist. Instead they should defend the basic societal value of  robust speech, while also reframing the discussion by clarifying the tensions that inevitably arise when the valuable imperatives of diversity and speech intersect. Simultaneously they should function within the American historical tradition by proposing carefully focused additions to the current list of legal limitations.

But what additional speech limitations should be considered?  Insights can be gains by analyzing the history of the diversity movement – the myriad individual and group efforts to reduce societal inequities that penalize people because of their actual or perceived membership in certain groups.  In my Center research project, I sketched the basic historical contours of that movement, focusing on its intersection with the issue of speech.  In my book-in-progress, Beyond Free Speech, I posit that the diversity movement has developed through four distinct historical strands.

In Column 5, I examined the idea of interculturalism, a movement with roots stretching back to the 1920’s through such areas as international exchange. Interculturalists, particularly those in the field of intercultural communication, have long sought to help people become more responsive to cultural otherness. For the most part interculturalists have emphasized voluntary individual and organizational actions to modify language (including body language) in order to better communicate across cultures, both internationally and intranationally. They tend to operate from the premise that if people improve their cross-cultural knowledge, understanding, and skills, they will likely modify their language and adapt their communication styles to build stronger relationships.

Alongside interculturalism has developed a second diversity strand: equity-oriented inclusionism, rooted historically in the civil rights movement of the 1960’s.  Even though many inclusionists know little about the particulars of the field of intercultualism, they often, if unknowingly, draw upon some of its precepts. For example, like interculturalists, inclusionists emphasize respect for otherness, the significance of learning about groups other than your own, and the importance of trying to understand alternate perspectives.  However, the two strands diverge in several ways.

These differences in emphasis affect the varying responses of interculturalists and inclusionists to issues that arise when diversity and speech intersect. Where interculturalists emphasize the primacy of intergroup understanding,  inclusionists are more likely to engage such themes as privilege, power, marginalization, hostile work environments, and the expression of intergroup hate.  Where interculturalists tend to emphasize voluntary speech restraint through greater understanding and empathy, inclusionists tend to be more willing to support organizational and institutional restraints on what they view as harmful speech.

Take one area of diversity-speech tensions: the idea of language correctness.  Because group labels continuously evolve, it is often difficult to determine what is the “correct” group term, particularly when group members themselves disagree on their preferences (for example, Hispanic, Latino, or Latinx).  Or take the increasing variations of individually-preferred gender pronouns. In these constantly-changing circumstances, “mistakes” are inevitable, even by people of goodwill.

For the most part, diversity advocates have tended to cut people considerable speech slack concerning language changes and new terminology.  However, in contrast to voluntarism-oriented interculturalists, some inclusionists support speech prohibitions, even sanctions for language deemed oppressive. At least one major U.S. university has been considering punishments for people who use the wrong gender pronouns.

I don’t want to convey the false impression that these two diversity strands stand in total opposition to each other.  Indeed, many diversity practitioners operate within both strands.  Yet there is a fundamental distinction between the interculturalist emphasis on speech voluntarism and the inclusionist willingness to establish speech rules, restrictions, and sanctions.

Let me return to the delicate balancing act of diversity and speech.  I believe in the importance of both supporting robust speech and pursuing greater equity and inclusivity.  Indeed, all diversity advocates should defend these two basic principles, even while recognizing the inevitable tensions that may exist when these two principles intersect.  In their work, diversity advocates – both interculturalists and equity-oriented inclusionists – should continuously reflect upon the complexities of that intersection.

To clarify and stimulate constructive discussions of that complex intersection, in my teaching and training I have been positing the two following questions, which seem to provide a useful analytical framework within which grounded diversity-and-speech conversations can occur.

Those two fundamental, intersecting questions lie at the core of the inevitable tensions and difficult decisions that should be considered when the imperatives of robust speech and equity-oriented inclusionism collide. Whatever our personal inclinations toward voluntarism, the establishment of speech rules, or the imposition of speech sanctions, diversity advocates should ponder – and help others simultaneously ponder – those two questions.

One thought on “Diversity & Speech Part 6: Equity and Inclusion – by Carlos E. Cortés    ”