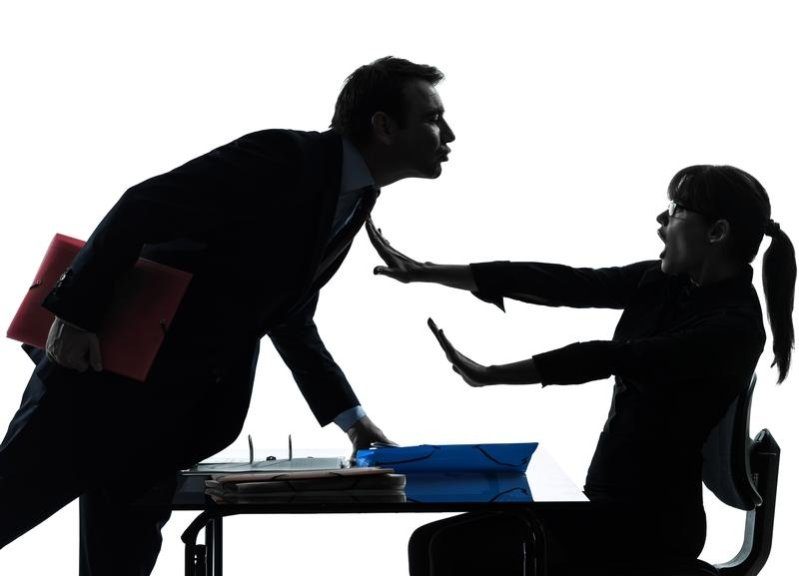 Let’s face it men: more of us need to “man-up” by proactively helping to end the scourge of sexual harassment. We must collectively stop being the main cause of the problem and start being part of the solution.

This means standing up and speaking out to support women. This also means swiftly shaming and punishing male perpetrators for their despicable deeds.

Time magazine recently named a group of women — the “Silence Breakers” — as their 2017 Person of the Year. These courageous women represent countless tens of thousands who are breaking their silence in record numbers and sharing their stories about being sexually victimized. Yet it’s outrageous that in today’s modern 21st century workplace and society there are men who regularly treat women as second class citizens because of their gender.

Too many men still view sexual harassment as nothing more than a laughing matter. But there’s nothing funny about it. Time Editor-in-Chief Edward Felsenthal wrote the following about the #MeToo movement: “This is the fastest-moving social change we’ve seen in decades, and it began with individual acts of courage by hundreds of women, and some men, who came forward to tell their own stories of sexual harassment and assault.”

Now it’s time for more men to follow in the footsteps of the “Silence Breakers” by breaking their own silence about right and wrong. This is especially important considering that decades of voluntary employer training, policies and procedures to prevent workplace sexual harassment have too often proven ineffective.

Men are fathers, sons, brothers and boyfriends of women and girls. As such, we have an inherent social and moral responsibility to forcefully address this issue. How? By sending an unequivocal message to other men that sexual harassment will no longer be tolerated, period!

Terry Crews is a male actor in Hollywood who was one the few men in his industry to initially support women in the crusade to end sexual harassment. Time included him among the “Silence Breakers” as Person of the Year. Part of his motivation was allegedly being sexually harassed himself.

According to Time, “Crews realized that men had a responsibility to lend credence and support to these women’s claims. Almost without thinking through the consequences, Crews tweeted out his own story; in his viral series of tweets, he became one of the first men to join the chorus of women speaking out about harassment.”

Crews deserves accolades for his bold and beneficial actions. More men must be put on notice that sexual harassment will not go unnoticed. The bottom line, as stated by Crews: “Men need to hold other men accountable.”

He explained, “I came up in the cult of masculinity, in football and the sports world and entertainment. You’re in places and guys are saying the wildest thing. People need to be called on that. You need to be held accountable for the things you say, the things you do.”

According to the U.S. Equal Employment Opportunity Commission (EEOC), which enforces federal law prohibiting sexual harassment in the workplace:

All men need to be more mindful about the sexual harassment epidemic and “man-up” to end it. Again, this means speaking out both publicly and behind the scenes to other men, particularly those prone to committing such shameful behavior which ultimately gives all men a bad name.

Those men who need to speak out most include CEOs and public figures of all industries. It’s imperative that more men lead by example. Male leaders in corporate America, government, media and entertainment should set the tone from the top-down.

That’s because only when powerful men start forcefully speaking out in defense of female victims, and against their male perpetrators, will the stubborn work culture regarding sexual harassment truly change.

In fact, it’s long overdue for more men to take responsibility by standing in allegiance with women. Everyone should know that violating the statutory rights of women in the workplace will no longer be tolerated in any industry under any circumstances.

Moreover, “Zero Tolerance” needs to be more than just empty rhetoric. It’s not enough for HR officials and mid-level management to highlight employee handbooks periodically, if at all, and then put those written policies and procedures on a shelf to gather dust. Rather, such employment policies and procedures to prevent sexual harassment need to be revised and reiterated, as well as buttressed by annual or semi-annual training.

But employers alone cannot be counted on to end this persistent problem. That’s why more men should send the following three-point message to their co-workers, colleagues, subordinates, friends and family:

1) Sexual harassment is a cowardly and reprehensible act.

2) Any man who sexually violates the rights of women will be swiftly called out, ostracized and humiliated in public by their male colleagues.

3) Not only will lewd behavior towards women no longer be condoned or ignored, but neither will retaliation and casting blame on victims.

Put simply, men of high moral character should shame men of weak moral character into being gentlemen. This means valuing and respecting women in the workplace and every other place.

As men, we must recall that victims of sexual harassment are our wives, mothers, daughters and sisters. Further, it must be understood that unwanted sexual advances toward women should never be justified with cowardly excuses for boorish behavior, such as:

Any real culture shift to end sexual harassment entails a real mind shift among men. Any long-lasting cultural change means it must become embedded within the norms, values and moral fabric of society that sexual harassment is uncool, unseemly, unlawful and un-American. Men must come forward and prove that old-fashioned chivalry is not dead and, just as importantly, that morals and values really mean something.

Thus, men must refrain from crossing the vivid line at work separating conduct which is socially acceptable toward women versus behavior which is sordid and salacious. Moreover, men who intentionally cross the legal boundaries prohibiting sexual harassment should always be held accountable and called out for it.

Women in the workplace must always be treated by men with dignity and respect, from the C-Suite to the factory floor. Men should not blame victims of sexual harassment for speaking out to assert their rights and report unlawful activity. Rather, men should join women in castigating perpetrators of sexual harassment to help make the workplace a better place for everyone.