Editor’s note: this article on anti-Semitism was originally published as an op-ed in The Chattanooga Times Free Press. 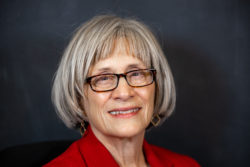 Russian President Putin got my attention when he suggested that Jews with Russian citizenship might have interfered in the 2016 US presidential election. “Maybe they’re not even Russians,” said Putin. “Maybe they’re Ukrainians, Tatars, Jews, just with Russian citizenship – even that needs to be checked.” Putin reminded me why my great grandparents made the harrowing journey from Russia and the Ukraine to the United States. My ancestors weren’t the only ones. Between 1881 and 1924, over 2.5 million East European Jews sought to escape the relentless persecution and ghettoization. The slice of history was captured in the movie Fiddler on the Roof, but while Hollywood entertained, it didn’t fully show the history of anti-Semitism in Russia and Eastern Europe, or its ongoing ripple effect.

Americans are familiar with Hitler’s autobiography, Mein Kampf, his anti-Semitic manifesto that ultimately led to the Holocaust. “If it was on German bookshelves, you knew their Nazi affiliation,” said my father, a US military intelligence officer assigned to interrogate Nazi prisoners of war. Less well known is that Hitler found fuel for Mein Kampf in The Protocols of the Elders of Zion, an infamous Russian publication at the turn of the twentieth century. The Protocols fabricated a secret Jewish conspiracy for world domination, and although disproved, The Protocols are referenced on hundreds of thousands of internet sites to this day.

Putin’s words echo those conspiracy theories, but the hate doesn’t stop there. A British newspaper reports that authorities will now investigate whether the 1918 killing of Tsar Nicholas II by a firing squad was in reality a “ritual murder”. The investigation is prompted by comments by a bishop the Russian Orthodox Church who is reputed to be Putin’s confessor. The term “ritual murder” dates back to the Middle Ages a theory that Jewish Passover food involved Christian blood. While the Russian Orthodox Church is being cautious about proceeding with this investigation, aware that it could spur a dangerous ultranationalism, the possibility of such an investigation should serve as a warning that anti-Semitic rhetoric is increasingly tolerated.

Recently, Steve Bannon, President Donald Trump’s former chief strategist, advised France’s far-right National Front Party, known for its anti-Semitic history, to wear accusations of racism as “a badge of honor”. Promoting economic nationalism, Bannon railed against decried “the globalists”. No doubt, he was referring to Gary Cohn, a Jew and Trump’s chief economic advisor until he resigned over tariffs. Trump said that he knew Cohn was a globalist but liked him anyway. Defending the anti-Globalist movement from anti-Semitic accusations, the website altright.com does more to demonstrate its anti-Semitism than deny it.

“A ‘globalist’ is not a Jew. This is not to say there is not some correlation between being a rootless, cabalistic, nomadic tribal elitist and being a globalist, because surely there is…”

The doublespeak which both asserts and denies is becoming the new normal. We’ve seen the phenomenon repeatedly on social networks. While it’s still unusual to have a Chicago area Holocaust denier with neo-Nazi ties running for congress, we should not consider this freedom of speech. Nor should we allow hate groups claiming “intellectual diversity” to claim legitimacy. Those who decry liberal institutions, including universities, for restricting these groups, need to rethink the Pandora’s Box they insist on opening. Where will they draw the line? History demonstrates that no good has ever come from conspiracies of hate, and that anti-Semitism in particular, has been an omen of civilization’s break down.