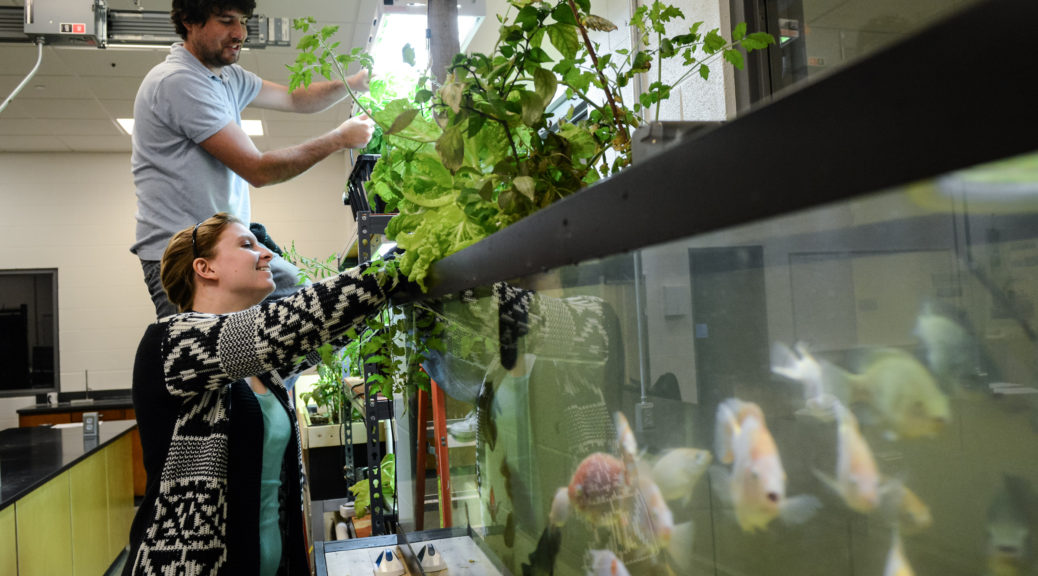 McMahon chose to relocate in Chattanooga and become a member of the faculty almost thirty-five years ago. He left the New Jersey area where he’d lived, studied chemical engineering (Rutgers University B.S., New York University: M.A., Ph.D.), and worked for corporations such as Sonoco Products and Lever Bros. After fifteen years in industry, several patents for chemical engineering-related products, and a chemical fire that burned his lungs, McMahon turned to teaching. Ed was hired by the Dean of the College, Dr. Ron Cox, who is now the Burkett Miller Chair of Excellence and Professor of Engineering Management & Technology.

Cox explains how most college faculty at that time had experience in industry, were registered engineers, and had earned doctorates. “There were multiple additional reasons why Ed McMahon was hired: his ability to communicate and his ability to express scientific and design principles. His experience in industry included product design and development as well as management. Ed understood how to apply the principles of research in an academic setting.” Cox noted that Ed was a key player in developing the Engineering Management department, which is the largest graduate program in the college, attracting students of all ages, backgrounds, and experience.

Cox described Ed’s innovative work, “In addition to being an integral part of developing online education and certificate programs, Ed’s innovative work was a critical component of a full-year senior interdisciplinary design program. The College became known for its interdisciplinary design education. Representatives from the academic world visited to understand how the program was put together including MIT, Auburn University, and the Universities of Minnesota and Texas.”

Dr. Neslihan Alp was the Department Head of Engineering Management and Technology and Director of Graduate Programs for the College of Engineering and Computer Science. Educated at both the University of Missouri-Rolla and Istanbul Technical Universit. She describes McMahon’s openness to her and other international faculty. “Very welcoming, like a big brother. I’ll always trust him.”

Alp fondly reminisces about how Ed’s office in the early days was filled with a collection of old irons. “He bought them from garage sales and flea markets – hundreds of them. He analyzed their design and the design changes over the years.” Today, cars have replaced the irons, but the curiosity remains. He recently bought a Prius to see how it worked. Ed’s home includes a huge barn where he keeps his collection of old English sports cars and a VW van from the sixties.

Developing online learning was one of Alp’s goals. While many senior faculty were reluctant, Ed was ahead of his time in technology and excited to work on the project. “He was fascinated by technology and computers and was first in the department to use a Mac, to purchase an iPad and an iPhone.” While deeply invested in technology trends, it’s teaching design and the design course that will can turn up the volume and emotion for the usually soft-spoken, mild-mannered McMahon.

Alp is one of many international faculty members that McMahon befriended. He and Dr. Ahmed H. Eltom, who was educated in Sudan and is currently the Head Electrical Engineering Department, have lunch together almost every day. Eltom describes one of their collaborations. “We developed a course on energy for high schools to train teachers and create a course on Energy Systems for Hamilton county HS curriculum with models for Middle School. The effort promoted electrical engineering and received a 2.4 million dollar grant from the Dept. of Energy from 2010-2014. It was on of the largest grants in the history of the university. Ed was my right hand man. He helped write the grant, design the course, and oversaw the budget. Ed, himself the former Head of the Electrical Engineering Department, has helped increase enrollment at CECS and opened many doors for international faculty.”

In 2014, Dr. Alp was told that she’d be the Interim Dean and Ed was going to retire. Gerry, his wife, had already retired. Ed and Gerry went to Nesli’s house where she asked them to reconsider. She asked Ed to take over the department for one year. He agreed to stay on and then retire, but came back when Nesli was asked to continue as interim dean for several more months. “Ed is a special, different kind of person and we’ve changed roles multiple times, one above, one below, through the years” Alp said.

McMahon is deeply invested in the next generation. One of his proteges, Dr. Trevor Elliott, an alum of UTC and the University of Tennessee Space Institute, is now an Assistant Professor of Mechanical Engineering at the College. Elliott met McMahon in 2000 when he was an IT work-study student at the college and later, as a student in McMahon’s senior Interdisciplinary Design Project. The two men share a passion for combining technology with other disciplines and Elliot became one of Ed’s proteges. “We got along well together.” Elliott shared one example of a collaboration “I wanted a fish tank that I didn’t have to clean and Ed wanted to experiment with hydroponics. The result is the fish tank on the first floor of the college that is home to both tilapia and plants grown entirely in water.

“Ed is good at abstract design, looking at functional analysis and the Big Picture to solve problems unconventionally.” He challenges students to think through design issues and appreciate a non-linear design process as a dynamic retraining of the mind. Ed also teaches team skills in the process. Excellent and guiding students through team negotiations and forming consensus, he uses the diversity on a team to drive creativity and innovation.”

Dr. Aldo McLean, P.E. Assistant Professor, Engineering Management & Technology was expected to overlap with Ed as a newly- hired young faculty person, taking over some of his roles. Ed was in the hospital and interviewed him by phone from his hospital bed. “Ed McMahon is That Person” when it comes to computers. More knowledgeable and modern with technology. He designed things before they came out, but was not involved in production. Ed is vibrant, creative, looks for things that don’t exist. He’s underestimated, but doesn’t care. He was a hippy in the sixties. He works with incubators such as Co-Labs and has teams that work on innovation. It doesn’t matter how old he is. He’s focused and his judgement is faultless.”

When Ed retired next time, his retirement lasted only twenty-four hours. Dr. Daniel Pack, the new Dean of the college, asked Ed to stay on for a year to assist with his transition. Pack holds numerous awards in science, engineering, and technology and in education and is the former chair of the Department of Electrical and Computer Engineering, University of Texas. Founding Director, Academy Center for Unmanned Aircraft Systems Research United States Air Force Academy.

“Ed McMahon’s knowledge of the college has been instrumental in making my transition a smooth one. He thinks through all parts of an issue and makes wise decisions. He is genuinely, the quintessential educator, building relationships with his students, staying connected, and helping them to succeed. The students reach back and stay connected, demonstrating his impact on them.”

Always adventurous and always learning, Ed loves to travel. He took a sabbatical in England and one in Japan where he learned about value management at the Toyota plant. He is a dedicated family man with a son, three step sons, and a step-daughter. Ed loves to drive down to Florida and go fishing with his wife, Gerry, his 90-year-old mother-in-law and her fiancé. Ed and Gerry ended up buying a Florida retirement home in Fort Myers.

Ed officially retired in the summer of 2016, but returned in the fall as adjunct faculty and teach his beloved Technical Innovation class. No one is surprised that he’ll carry on. In 2010, Ed was diagnosed with cancer of the esophagus. Despite having surgery, he didn’t take time off from teaching. That summer he taught from his hospital bed. His health is good now, he exercises every day at 5am at the Y and he indulges his love of soccer in his huge back yard. According to his wife, Gerry, he’ll sign up for fishing lesson on a fishing kayak and eagerly anticipates watching the Boston Red Sox and Minnesota Twins at spring practice near Fort Myers.

Innovators never stop being creative, and Ed McMahon is no exception. He’s started a nonprofit for the aging population that focuses on building Green homes designed for senior citizens and their needs. Fortunately, Ed can both build the experimental projects himself, or, as an artist, draw designs for others to implement. Ed and Gerry share the goal of making retirement a positive experience including senior-friendly infrastructure of homes and the ability to cook at home while eating economically and healthily. Gerry sums up Ed’s innovative spirit, ” Ed’s not going to get bored and he’s not shy about it. He goes out and does what he wants to do. He’s just a great guy who inspires others to do the same.”