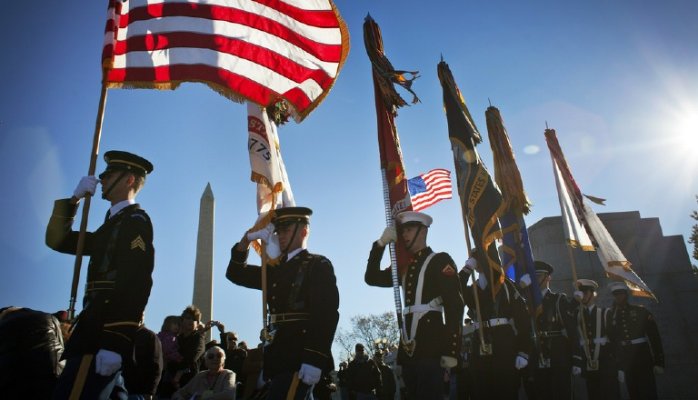 As America pauses to reflect on Memorial Day, the retail and e-commerce industries are once again too busy reflecting on how to lure consumers into holiday shopping sprees.

Yet shouldn’t retailers be more mindful of the countless sacrifices of the U.S. Armed Forces and the many lives lost over the decades in service to our nation?

The retail sector continues to send the wrong message by using revered military holidays simply to boost sales and profits. The true message of Memorial Day is about showing remembrance and gratitude, not greed and profit-mongering.

But don’t tell that to the retail, e-commerce and advertising industries because they will use any excuse to prostitute profits. Examples include car and travel deals, mattress discounts and a host of other superficial sales.

The main message of Memorial Day is about remembrance of the countless military heroes who gave their lives for the USA. But American patriots did not serve their nation with valor so that consumers could pay less at shopping malls, online stores and car dealerships.

Our fallen heroes deserve more than callous commercialism on the one day of the year honoring their sacrifices. Shame on retailers for not observing this holiday by shuttering for one day!

It is simply distasteful and wrong to flaunt America’s love affair with money and materialism at the expense of honoring our military’s selfless sacrifices. Consumers should likewise put their wallets away and open their hearts instead by participating in parades and civic events paying homage military heroes.

It’s not easy to escape the barrage of Memorial Day mega-advertisements by retailers nationwide. They appear everywhere: TV, radio, online, social media and print media. Do these big box retailers have no shame?

More than one million Americans have died in military service since the Civil War, according to the U.S. Census Bureau. Thus, retailers should be more focused on the historic significance of Memorial Day rather than on ringing up cash registers.

It’s a troubling trend that such vacuous values appear more important to some business owners and consumers than the actual meaning of sacred military holidays. This sets a particularly bad example for our nation’s youth, who are already obsessed with buying the latest high-tech smart devices, gadgets and gizmos.

This lustful love affair with profits is arguably occurring to the detriment of America’s fundamental core values represented by military service. These values include honor, respect, self-sacrifice and patriotism.

All things considered, would it devastate retailers and advertisers to self-regulate by ignoring the profit motive and paying tribute to America’s Armed Forces for just one day a year? Is that really too much to ask or expect? It certainly shouldn’t be.

Retailers already begin their Memorial Day advertising weeks in advance. Therefore, shouldn’t they consider giving consumers a break, while also providing employees the day off to observe and commemorate this sacred military holiday with their families?

Our brave military servicemen and women who died for America deserve their rightful respect and recognition on Memorial Day and every day of the year.