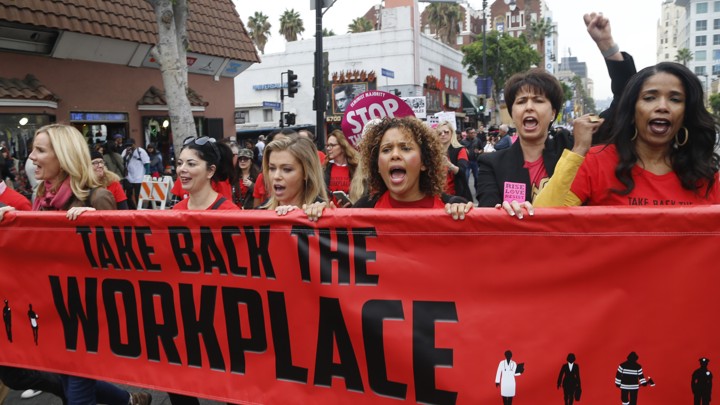 America is fast becoming a retaliation nation. Look no further than the workplace, a microcosm of society.

Malicious managers are increasingly lashing out at aggrieved employees who have the courage to protest real or perceived discrimination. Retaliation against workers is an unlawful violation of their federally protected rights under anti-discrimination laws.

Nevertheless, retaliation is rampant from corporate America to small and mid-sized companies. This insidious form of discrimination is ruining company culture and hurting bottom-line productivity, among other negative repercussions for employers and employees alike.

Retaliation is a loser for both business and labor. The only winners in the employment context are the lucrative law firms which cash in to defend companies against retaliation litigation. Thus the question arises:

Why is retaliation skyrocketing in the workplace and what’s being done about it?

The answers are elusive.

Retaliation is the most frequently filed charge of job discrimination nationwide. Most sexual harassment cases include an allegation of retaliation, which should be especially concerning to women in today’s #MeToo era.

If that’s not bad enough, retaliation cases filed with EEOC have been the leading basis of discrimination for the past decade. Yet this persistent pattern of unlawful behavior by employers has not received enough attention by the federal government, private industry, the legal community, civil rights groups, or the mainstream news media.

(Note: one charge filing may include multiple bases of discrimination, thus the combined percentage for all bases exceeds 100%).

Retaliation is commonplace at companies with unethical work cultures.

Employers who are bad actors have lax policies and procedures regarding professional standards of conduct — including antiquated HR policies, a dearth of diversity training, ineffective internal complaint systems, and a superficial commitment to equal opportunity.

Retaliation has a corrosive effect on employer ethics. Retaliation also places organizations in greater legal jeopardy and is often accompanied by bad PR which damages the company’s brand image.

Even in today’s modern workplace, it’s still too commonplace for managers and supervisors to lash out at whistleblowers who dare to speak out against wrongdoing and unlawful activity.

Federal agencies like to boast of being model workplaces for private industry to emulate. But retaliation complaints from feds tell a far different story.

The act of retaliation can include termination, demotion, harassment or many other adverse employment actions against victims of workplace discrimination.

Every employee and applicant is protected from retaliation by EEOC-enforced federal anti-discrimination laws, such as Title VII of the Civil Rights Act of 1964 and the Americans with Disabilities Act of 1990. Therefore, no worker should be afraid to assert their legal rights to speak out against discrimination, file a complaint or participate in an external or internal investigation due to fear of retaliation by management.

It’s important to remember that most employment discrimination generally goes unreported. Moreover, in addition to EEOC, retaliation cases can likewise be filed at the state and local levels (which are not included in EEOC data). Thus the universe of total discrimination charges alleging retaliation is likely the proverbial “tip of the iceberg.”

Savvy employers know that retaliatory actions against workers can become a vicious cycle, allowing discrimination to fester and trampling a healthy work culture. The problem is that there are too many unsavory companies with rogue managers who violate the law and get away with it.

The lose-lose result is a disengaged workforce with low morale, high absenteeism and poor productivity, which results in lower profits and higher turnover—not to mention bad PR and increased legal exposure.

But there’s also a legal twist for employers: even if a discrimination complaint is dismissed as frivolous or meritless, the company can still be held legally liable for any subsequent retaliation.

The problem for C-suites and HR or legal departments is that too many managers have knee-jerk reactions against workers who allege real or perceived unlawful conduct.

The aggrieved employee may get whacked by a double dose of discrimination—first, based on the initial discrimination complaint (such as race or sex) and, second, based on any retaliatory action which follows.

Retaliation is particularly disturbing because it has a chilling effect on addressing and remedying egregious discrimination. That’s anathema to EEOC’s noble mission of eradicating job bias.

If one employee speaks out about discrimination and is retaliated against (fired, demoted, etc.), it’s more likely that other workers will remain silent—lest they suffer the same fate from a malevolent manager.

The EEOC says the following on its website about retaliation: “An employer is not allowed to do anything in response to EEO activity that would discourage someone from resisting or complaining about future discrimination.”

In other words, it’s illegal for employers to engage in, or condone, retaliation against employees—period.

Conventional wisdom points to EEOC focusing more time and resources on stopping the most frequent forms of discrimination. Hence, it should be expected that EEOC is devoting more energy to relinquishing retaliation.

But when asked why retaliation has been the leading charge filing for 10 consecutive years, EEOC officials told me: “We don’t have research on why exactly retaliation charges continue to increase.”

When asked what EEOC is doing to address the issue, agency officials responded, “The Commission continues to focus on eliminating unlawful retaliation through emphasizing it during our training and outreach events, as well as in our oversight activities.”

Yet it should be evident by now that more needs to be done by EEOC to ensure that no worker is intimidated or deterred from exercising their statutory rights to be free from discrimination, including retaliation.

Although EEOC is advising employers against retaliation, not enough companies are listening.

* * *
Photo credit: Participants march against sexual assault and harassment at the #MeToo March in the Hollywood section of Los Angeles on Sunday, Nov. 12, 2017. (AP Photo/Damian Dovarganes)

2 thoughts on “Retaliation Still Commonplace in Workplace – by David Grinberg”