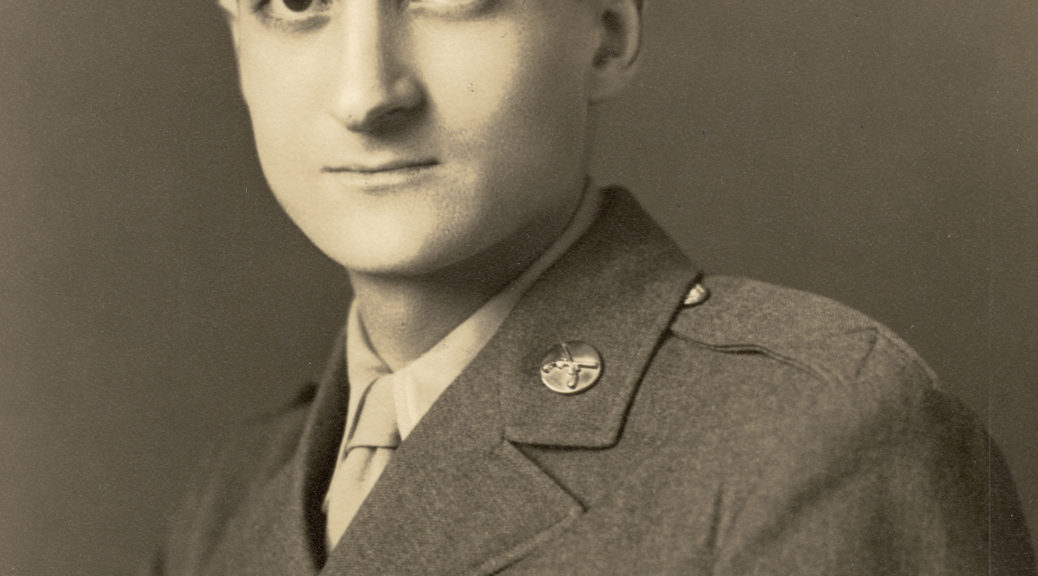 It took me decades to write my historical memoir, The Liberator’s Daughter. Sifting through my father’s letters and diaries from World War II was both hypnotic and repulsive. As an ambitious first generation born American, he progressed from the son of a shoe peddler to a Harvard scholar before becoming a US military intelligence officer deployed to England, France, Belgium, and Germany towards the end of the war. He gathered intelligence from the populations about Nazi troop movements and activities. Post-war, his role was to interrogate Nazi prisoners of war, determining who should be prosecuted.

My father became the CFO of the American Jewish Archives in his seventies. It was only at this point in his life that he revealed his personal archive of letters that he’d written to my mother during the war and her letters to him. He’d transcribed these fading treasures and added commentary on what he’d seen and done. I felt compelled to put the letters into the historical context of American immigrant life, World War II, the Holocaust, and post-Holocaust activism. The emotional process took me through the struggles of a Jewish Eastern European family to get a foothold in this country, the challenges of a Harvard education, the Nazi killing fields, the post-WW II remake of Germany, and today’s challenge of culture clashes and growing violence.

At times, an overwhelming sense of responsibility overtook me. Could I do justice to these letters? Would their story make history come alive and show its relevance today? Is there a contemporary audience for these stories and letters?  What would that audience look like?

Holocaust Education at the Mall

I was asked to give two readings of The Liberator’s Daughter and my father’s letters  at Chattanooga’s Barnes and Noble Bookstore. The first audience consisted of mostly senior citizens and their friends. These were individuals for whom World War II and the Holocaust were personal memories. They nodded in agreement as I read and eagerly shared their own stories with me after the reading.

The second audience was a group of high school students, along with their teacher, librarian, and principal. While the adults nodded and later approached me to come speak at their school, the students sat in stupefied silence. I invited them to come to the table where I signed books and look at the original letters. They congregated around me, quietly staring at the plastic-covered papers. I put one of the letters in front of a younger brother, a hyper-active nine-year old and the effect was startling. From jumping up and down, making faces, and talking incessantly, the young boy zeroed in on the letter. He read with intensity and focus, shutting out everything going around him in the bookstore, and smiling up at me when he’d finished. Yes, I think there’s a contemporary audience for these letters and its smiling at me from a bookstore in Chattanooga’s Hamilton Place Shopping Mall.

Where else is there an audience for this history? After connecting with long-time collaborator at Southern Adventist University, Dr. Lisa Clark Diller, I was invited to speak to a group of students preparing for a Holocaust Education tour of Europe this summer. They will visit camps similar to those that my father saw and are reflected in his letters. I was curious about their desire to invest in this educational experience and asked them why learning about the Holocaust, seeing where it unfolded and how, mattered so much to them. Here is how they described their motivations for participating.

Why a Holocaust Education tour?

“To gain a mental picture of the death camps beyond what I imagine from my reading. I want to fully understand what people went through and experienced.”

“To understand the philosophy and social culture of “Otherness.” To understand what comes from a rise of nationalism and strong anti-otherness views.”

“To have a better and broader world view and to make my knowledge of the situation personal, real, and applicable to my life and my approach to circumstances with the world, rather than just sobering facts in a text book.”

“To see the world in a way that’s different. History foretells what could have happened to us, and by knowing it we gain understanding of our own societies. I just don’t want to be an ignorant man.”

“To understand how something like the Holocaust could happen, to educate the younger generation as to what happened, and to make people aware that it could happen again.”

“To compare the political situation and mindset in American today to that in Europe at the time of the Holocaust.”

“To have a better understanding of the Holocaust, what happened, and how people acted. To see the correlations between the past and what is happening today politically.”

“To gain a deeper understanding of the experience of Jews/persecuted people during the Holocaust, and in general. I also want to understand how this knowledge can equip us to carry out social justice today and our place in that movement as Christians.”

I requested that they keep a journal of their experience during the tour. I’m looking forward to hearing their thoughts when they return and sharing them with a broad audience. My mission is to have father’s letters impact yet another generation, especially when we see an increase in those who say the Holocaust never happened.  It looks like I’ll have company on this meaningful journey.