Some have called our “Me & Us First” politics as nationalism but I prefer to apply the label ‘tribalism’.  In this COVID-19 environment, racial lines, regional preferences, current events and heavy political advertising, are not shaping public opinion as much as the identity of a specific community and the resonance of a leader to that community. Communities are built on religious and ethnic values, family preferences, housing patterns, and health habits. Their political choices have always been shaped by those cultural traits. With the economic fallout and the growing disparities in jobs and  education, politics will become a complex mix of leadership styles that symbolize communities along with the body language, word choice, and facial expressions that resonate specific communities. Policy positions and biographical details will be less relevant as they are filtered through the lens of each group.

END_OF_DOCUMENT_TOKEN_TO_BE_REPLACED 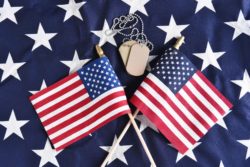 It’s one thing to return to a place for the sake of your own memories, quite another to go there on the pretext of someone else’s, to walk through their shadows and rekindle their nightmares. As a member of the subsequent generation, the Vietnam War is not a living memory for me, much like the East-West divide and Berlin Wall are not so much defining moments in cultural identity for today’s German teenagers as they are fodder for museum exhibits and high school history exams. Even as someone raised in part by a Vietnam War veteran, somehow, the war was something that just simply was, a small, if persistent, shadow in the background of our lives. END_OF_DOCUMENT_TOKEN_TO_BE_REPLACED

When automated manufacturing first showed up in the 60s, the “pundits” (then called eggheads) worried about automation shortening the workweek. They argued that the increase in leisure would destroy the American work ethic. Today, automation’s potential for delivering the paradise of a 20-hour workweek has been largely forgotten, even though productivity per worker has rocketed off the charts. Today most people feel over-worked, and leisurely lifestyles remain the province of the rich.

END_OF_DOCUMENT_TOKEN_TO_BE_REPLACED

As sheer coincidence would have it, I’d just finished rereading Dr. King’s famous “Letter from A Birmingham Jail” when the following excerpts of a letter from my good friend “Shirley” popped up in my email:
Dear Pastor, I first want to say that I have benefitted from your sermons since I have been a part of your congregation. I, however, have some concerns that prompted me to write to you. I know that my political beliefs aren’t necessarily in line with a large portion of the congregation. I knew that when I first started worshipping here but I didn’t perceive it to be a concern. I believed this to be true because I try to look at people and issues and determine the best course of action based upon all that I hear, read, observe and analyze. Based on that process, I pray that I know what is the most prudent to address and decisions to make.

END_OF_DOCUMENT_TOKEN_TO_BE_REPLACED

Do we have to continue with “I’m okay and you’re an idiot” in our political life? The short answer is no, but getting there will not be easy. For months now we have been subjected to unremitting political ads that attempt to portray the opponent as a bad person. “They will do this to you”…… “They are this (negative) kind of person” and so on. As people came out of the polls from recent elections, one of the common things said was how people were looking forward to the end of relentless attack ads.

END_OF_DOCUMENT_TOKEN_TO_BE_REPLACED

NOTE: This article was originally published on The Huffington Post.

On what would have been Nelson Mandela’s 100th birthday the world will revisit his extraordinary leadership after his 1990 release from twenty-seven years in prison. Yet, Mandela’s influence was far-ranging long before the 1990s when he pulled together the South Africa that we know today, negotiated a rainbow nation, and became its first black president. I want to honor Mandela’s early impact and emphasize the global involvement in South Africa’s apartheid government and in its demise. The role of international financial institutions in the Mandela story is key for me both historical and personal. Lobbying the banks to divest in South Africa was the catalyst for my involvement not only in the anti-apartheid movement, but in the advocacy of civil rights over a life time.

END_OF_DOCUMENT_TOKEN_TO_BE_REPLACED

Other than race (black) and gender (female), what else do April Ryan, Maxine Waters, Joy Ann Reid and Angela Rye have in common?

The answer? They’re smart as heck, forceful in expressing their politics and views, and more than able to defend themselves against disrespect. You see, while others (yes, men, this also includes many of you too) sit in silence these powerful women won’t hesitate to hit back despite the potential for being tagged “An Angry Black Woman.” (If you’re unfamiliar with these women Google them before reading further.)

END_OF_DOCUMENT_TOKEN_TO_BE_REPLACED

I sat in the audience of a university theater and listened to elected officials and professors ruminate on inclusion in the upcoming political election. It was Chicago in the 1990s and as in-your-face then as it is now. The discussion over race was loud and raucous as the candidates, Caucasian and African American, went toe to toe. As the debate turned to women, the all-male stage veered into the surreal. It turned into a shouting match as to who was more popular with the ladies. They gestured wildly about the numbers of women who called them, trying to prove that who was the more politically correct and more popular among the ladies.

END_OF_DOCUMENT_TOKEN_TO_BE_REPLACED

The world was stunned by the election of Donald Trump. People and pundits alike are debating with each other -How could this happen? – What does this mean for the rest of the world? The answers are as complex as the reasons Trump was selected by the Electoral College. As an entrepreneur living abroad in Paris, France I can tell you that recent events over the past year or so have this place spinning with dread, anxiety, and uncertainty.