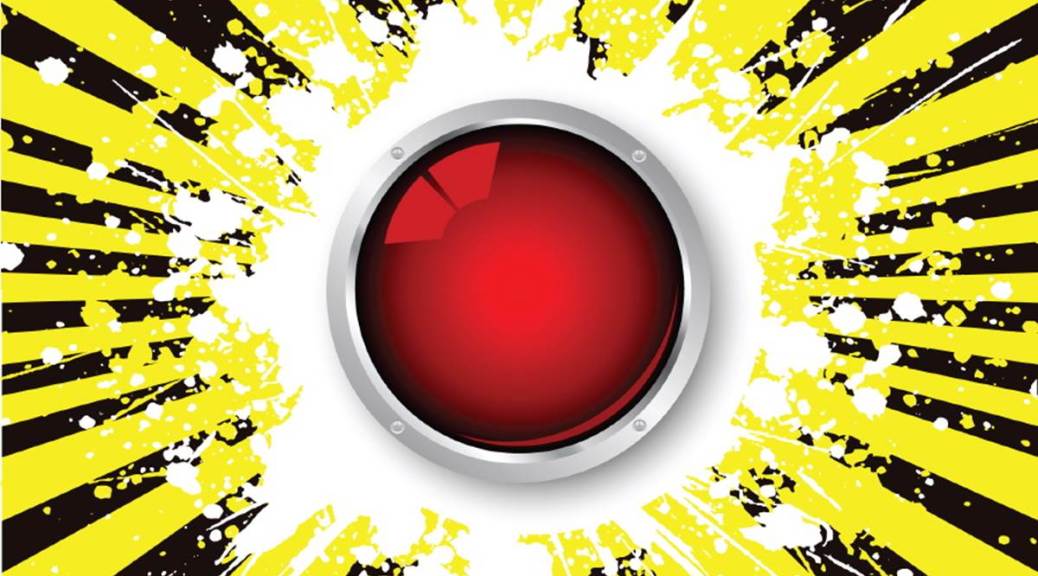 In recent years, domestic terrorism has sometimes been spurred on by international terrorism. In April 2013, America’s spring surge was the Boston Marathon bombings. However, there has also been home-grown terrorism. April 2014 was marked by shootings at a Jewish Community Center and Jewish Seniors Home in Kansas City by a former KKK Grand Dragon and White Supremacist. Here in Chattanooga, the most prominent neo-Nazi group in the US held its 40th anniversary rally on the steps of our Court House on April 26, the weekend of Holocaust Memorial Day.

We cannot, and should not, overlook the consequences of home-grown hate. In 1995, I saw not one, but several underground movements supporting and reflecting the violence that was ultimately expressed in Oklahoma City.  There were small groups such as a self-appointed pastor in Muskogee, Oklahoma who claimed he was anointed to wipe out America’s undesirables.  There was a cell of a few people, including a local socialite that ran a neo-Nazi telephone hot line out of their home.  Rallies by the Ku Klux Klan received headlines locally, but they faded against the lone destroyer, Timothy McVeigh.

My job included security for the complex of Jewish Federation organizations in Tulsa.  My work included training and debriefing by the FBI, the ATF and the local gangs task force of the police department.   As part of my job,  I was shown a secretly recorded video of Elohim City, a secretive, community that the McVeigh was rumored to have frequented. A breeding ground for dangerous extremists, as noted by The Southern Poverty Law Center, Elohim City hasn’t gone away, nor have the societal trends that created it.  Elohim City still exits, still has a reputation for harboring Neo-Nazi groups and militias.

The media often focuses on the individuals and small groups that are difficult for the FBI and ATF to track. Due to their lack of history and formal organization, these rogue destroyers escape detection until they erupt in deadly violence.  Although the Oklahoma City bombing took place in 1995, there is no reason to believe that the growth of small groups or diffuse groups with violent intentions has decreased.  On the contrary, the economic distress and social dislocation that provided fertile ground for anti-social groups, also grows an increasingly large crop of anti-social, dangerous individuals.

In 2008, I wrote about how the severe economic downturn we were experiencing would have as a byproduct an increase in random violence. When people feel they have little to lose, they lose their socialization.  I predicted years ago that we would see a rise in gang-related violence, domestic violence, and opportunistic kidnapping and theft. And such incidences are indeed filling the news.

There is, and always has been, a dark underbelly of American dream.  Those who feel their lives are disposable and without hope have many ways to be destructive in an open society. We have witnessed massive shootings in movie theaters, on college campuses, in shopping malls.  The violence is an inevitable by-product of social and economic dislocation.  Security, awareness and economic realism are required if we are not going to develop into a society hunkered down in our homes to protect ourselves.

In 2015, I insisted that we focus on the alienated, desperate and hopeless among us. They are easy targets for recruitment and the spread hatred as if it were a toxic chemical spill. The escalation of hatred is the result of a constellation of societal issues resulting from economic displacement and a “nothing-left-to-lose” mentality. It is the perfect storm that brings drugs and gangs to our streets. Hate speech has become common in our society and on social networks. It fuels our political debate, but it also encourages violence, with violent responses in a seemingly never ending upward spiral.

In 2017, we saw a ramping up of lone wolves driving vehicles into random crowds. Their violent expression of hate has become almost commonplace. Social media continues to be the medium of choice for recruitment as well as displays of violence from rape to murder. As a result, expressions of extreme nationalism are emerging from the fringes to overlap with anti-Semitism and anti-Muslim movements. Attacks on Jewish institutions and Muslim centers now number in the hundreds. Nazi salutes have become acceptable, even inspirational, among some American groups that verge on mainstream.

The backlash against all that is foreign and different has now gone global as cooperative, multinational arrangements are seen as invasive.  The United States rejected the Trans-Pacific Trade Pact (TPP) reflecting the trend exemplified by the United Kingdom’s Brexit from the European Union. A disturbing element of this growing nationalism is the shift away from democratic ideals. Whether its the rise of far right nationalist parties in Europe, the virtual dictatorship underway in Turkey, or the machismo of Trump and Putin, the trend is away from inclusivity to a toxic combination of separatism and imperialism. It’s a trend that uses anti-terrorism as a rallying cry to justify autocratic rule and the increased use of military force.

The likelihood that the separatist, strongman approach will lead to world peace and prosperity is not great. Increased force may destroy, but the devastation remains a powerful incentive to terrorism. Further, the cycle of death and destruction may continue at a more intense level with every year. I suspect that the end of 2018, there will be cataclysmic changes in the world that decrease the well being of all this planet’s beings.

There are those who have seen the challenge and are addressing the root causes of this violence. They need and deserve visibility, support, and funding.  These efforts are based in religious institutions, community centers, nonprofit organizations, and government agencies. They provide food, health care, and shelter to those who have no access to basic necessities. Mentoring programs that target our youth are key to preventing their recruitment by hate groups. Kudos to the sports figures and other celebrities who bring attention to these efforts. We know from past experiences, that the bombings and shootings generate fear, hatred, anxiety, and distrust. Let is also generate waves of appreciation for the efforts to diminish the rage and violence that is threatening to destroy us.

One thought on “Tracking our Terrorist Destructors – by Deborah Levine”