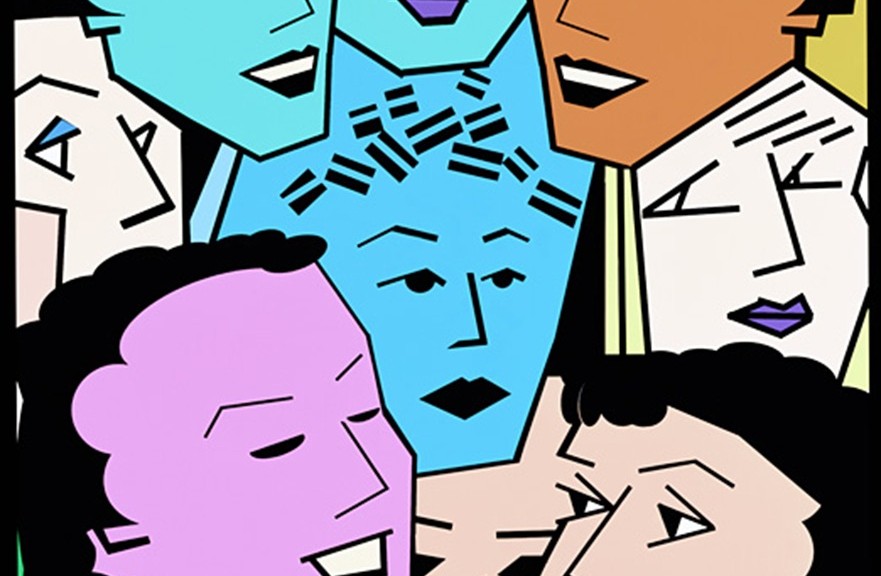 Some call the political trend towards “Me & Us First” as the new nationalism. I prefer to apply the label ‘tribalism’. Regional preferences, current events and heavy political advertising, are not shaping public opinion as much as the identity of a specific community and the resonance of a leader to that community. Communities are built on religious and ethnic values, family preferences, housing patterns, and health habits. Their political choices will be shaped by those cultural traits along with the education and economics of the community. Teams and political parties become a complex mix of leadership styles and subtle signals from body language, word choice, and facial expressions to backgrounds and biographies. Policy positions and biographical details will be filtered through the diverse communities with predictably diverse results.

This is the definition of diversity in America today and it can be daunting and overwhelming. Understanding the appeal of candidates to diverse communities is the job of political mavens, but in this year’s presidential campaign, they have come up short. The tremendous amount of time and money spent trying to penetrate tribal cultures failed to predict the monumental shifts in the electorate. The failure is testimony to how we’ve become a map of various culture-states with world views that can be wildly disparate while being perceived as wholly American.

I have had civic leaders tell me they don’t believe in diversity because it is too messy, vague, complex and unintelligible. My response is to acknowledge that while this is all true, we cannot turn aside from the facts on the ground. America is a reflection of a global reality that will continue to intensify and must be confronted as part of our geopolitical future. Global tribalism reflects a world at war over diminishing resources, energy, and food. Combined with the ability of today’s technology to reinforce passions, fueled by a sense of desperation, the battle of cultural tribes is increasingly extreme and violent. Today’s leaders will be constantly subject to the messy, vague, complex and unintelligible. They will need to navigate a world that is less inclined to unite than to destroy. Negotiations will be minimal and involve hard choices where there are no grey areas, only winners and lowers. The win-win situation is already difficult to achieve and should be considered a fond piece of nostalgia.

As messy as tribalism may be, the tribes can also passionate, enthusiastic, creative and compelling. They produce leaders who are willing to take risks, to challenge what has gone before, to inspire others to do the same. If we can harness this energy without it running amok, we have the potential to meet our challenging global future. Deploying this energy is what the presidential campaign is all about. And that’s why it so noisy, contentious, and scary as well as provocative, revealing and energizing. The tribes are doing battle to determine how far out from the status quo our country’s path should take us.

The impulse to not vote because neither candidate represents their tribe is only an illusion of power, of Voting-with-your-Feet in the 2016 election. Yet, the election is just the beginning of a tribal struggle to re-define America. The non-vote is an abdication of participation in what is already a loud, raucous, and, at times, vicious battle. Those who think the non-vote leaves them above the fray will only find themselves left irrelevantly on the sidelines.