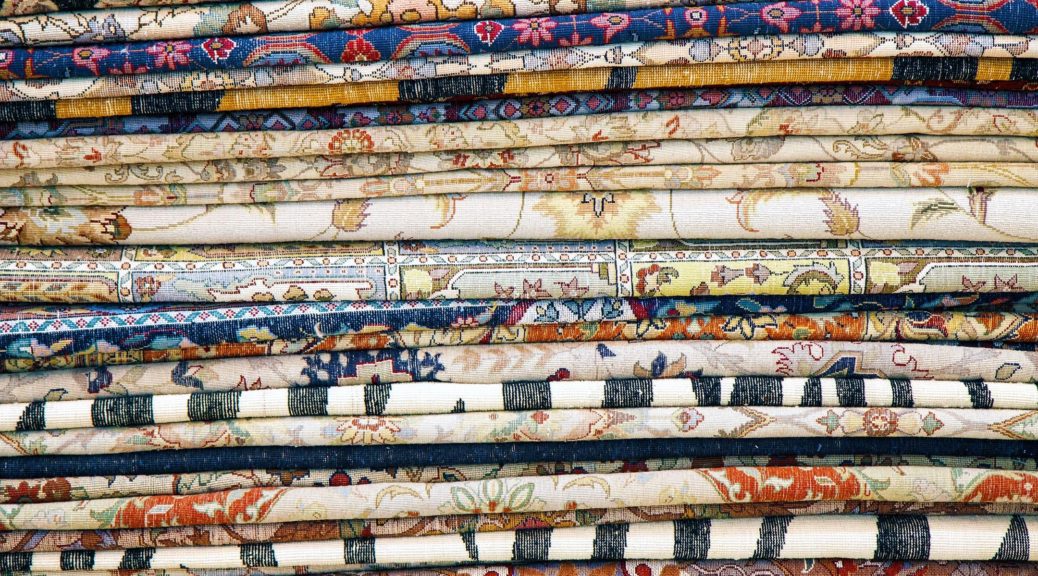 The first thing that caught my eye when I entered that carpet store was the separation between the multi-colored, expensive looking carpets lined up vertically on the right wall and, by contrast, the mundane remnants stacked in horizontal piles on the left. Oddly, those images got me thinking about the evidence of societal human separation. It also reminded me of something Oprah Winfrey wrote recently.

Now with the exception of a billion dollars  – like she got it, I don’t – Ms. Winfrey and I have something in common; we both know, as millions do, that the undeniable truth is that our nation has reached a dangerous fraying around the edges, an implosion of our fundamental values and, in the words of Pulitzer Prize winning columnist Leonard Pitts, we’re dropping verbal litter into the public square. And it seems that there’s no end in sight.

As Winfrey’s puts it, hatred and division have ruptured our national soul. Without naming names (she didn’t have to) of those fostering the vitriol, in her magazine’s year-end commentary she rattles off a few examples of biases and hate crimes that have become so routine in America.

Omigod, where do we start?

If it’s not calling the police on a black guest in a hotel lobby, shooting up places of worship, vilifying immigrants as terrorists and rapists, or polluting social media with poisonous language, it’s one thing or another. Hard to believe that we’ve reached a point in our national discourse, if we can call it that, where the “MF” word is thrown about so callously as a cudgel, where we’ve normalized filthy language.

“We’re waging a war among and upon ourselves,” Oprah writes, “and leading ourselves further into darkness. All of us are here on earth demeaning each other, thinking that skin color, ethnicity, or territory is the reason to devalue another human; killing the “other” for how they look, how they worship, how they speak, how they act. For simply being.”

“Well, hear this: WE. ARE. IN. TROUBLE,” Oprah warns. “And only a deep collective reckoning can bring us back from the brink.”

But back now to the carpet story.

I walked over to get a closer look at the remnants; they too, each one, of different shapes, sizes and colors. While some were “loud,” others were serene and subtle. Many were jagged around the edges, evidence of being cut off and cast off from the mainstream carpets on the other side of the room for “simply being.”

At one time – and to someone – these remnants were valued. But at some point, they may have been deemed by someone as unable to fit in because they lacked the pedigree or may not have looked the part. Or maybe they were replaced by an infusion of “new blood” and put out to pasture with other remnants.

Now if we were to take a closer look at the “culture” of one of those carpets on the right, an honest assessment may yield evidence of exclusion, some explicit and implicit biases weaved into the fabric; those that favor some and marginalize others; biases that diminish the long-term durability of that carpet.

Advises Winfrey, “We must find a way to come together. Both sides – all sides – must stop attacking and maligning. Our goal must be decency and respect for every human being we encounter. Hate is potent, but so is kindness. And goodness and grace. Use yours generously.”

So rather than devaluing, insulting, “calling the police” on or shooting up the places of worship of those remnants, why not figure out ways to invite them into the tapestry, one held together by our shared values, our goodness and our grace? I think that John Donne couldn’t have said it any better:

“No man is an island entire of itself; every man is a piece of the continent, a part of the main…. Any man’s death diminishes me, because I’m involved in mankind…. And therefore, never send to know for whom the bell tolls. It tolls for thee.”

Oh, and by the way, several of those remnants are now in my home (and “they all don’t look alike” either!)