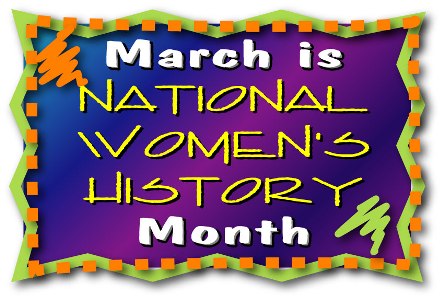 Meet former U.S. Senator Barbara Mikulski of Baltimore, Maryland, which happens to be my home state. Senator Barb, as she was affectionately known to her constituents, has had an unparalleled influence on women in Congress by making significant contributions to gender equality. Her accomplishments to help women thrive were made in one of the most important governing bodies on the planet, yet one in which equal rights for women often took a back seat as a legislative priority.

Mikulski has been a role model for women throughout her long career in Congress, standing up and speaking up on behalf of women’s rights when few others would. And while she lacks a towering physical presence — standing at fewer than five feet tall — Senator Barb made up for it with towering leadership and a tenacious work ethic.

Moreover, she was one of the most humble and modest members of the Senate, a place where arrogance and narcissism are usually par for the course. In fact, Senator Barb gave public service a good name. This is something exceedingly rare in Washington’s toxic political environment where partisan mudslinging too often takes precedence over doing the people’s business.

Despite a consistent climate of political bickering and legislative gridlock, Senator Mikulski remained a model of public service, a champion of women’s rights, and an effective legislator and influencer.

Senator Mikulski served during a time when the institution of American government was shaky and denigrated by citizens and the media alike — and for good reason. In the midst of a Congress which infamously did nearly nothing, she actually did something. She fought for women’s issues as the first female chair of the powerful Senate Appropriations Committee.

Leading A New Generations of Women

At a time when most Americans were repelled by government, Senator Barb was busy challenging the male dynamics of Congress and reinventing the status quo by attracting more women to the highest levels of public service. She was instrumental in recruiting female candidates and mentoring them as freshmen senators.

Mikulski is an unsung hero who led a new generation of women in the Senate on a bi-partisan basis by, among other things, hosting regular strategy sessions and luncheons for female legislators on both sides of the isle.

The Washington Post highlighted Mikulski’s decades-long crusade to make the U.S. Senate: “A place where women belong” by being “a role model for generations of women in politics — in both parties.”
Senator Barb pushed issues of justice and equality for women to the forefront of Congress during her 10 years in the House and 30 years in the Senate. She also refused to cater to the entrenched political establishment or be “bought off” by lobbyists and special interests. Instead, she blazed her own path despite the dysfunction in the nation’s capital, generally.

Senator Barb was always “focused on getting things done for her constituents,” as The Washington Post put it. This is a lesson more members of Congress ought to learn. However, Barb from Baltimore was not your typical member of Congress.

The Post observed, for example: “Mikulski has always lived modestly; she has a net worth about one-tenth that of the average senator.”
As a U.S. senator, she still lived in the city of Baltimore among the people who first elected her, commuting to Capitol Hill on a regular basis. In essence, Senator Mikulski exemplified the true nature of public service for we the people — rather than for lobbyists and the big donor class.

Among her many achievements, Mikulski led a crusade for women to receive equal pay for equal work. Her mission culminated in the enactment of the Lilly Ledbetter Fair Pay Act during the early days of the Obama Administration.

President Obama said the following in remarking on Mikulski’s retirement at the time: “Her leadership serves as an inspiration to millions of women and girls across the globe to lead.”

That’s why Barbara Mikulski is greatly missed. She put a higher priority on working for the people, rather than entrenched political interests which are all too common in Washington. She is missed not only by the citizens of Maryland and her colleagues in the Senate, but also by female leaders nationwide and around the world who continue to fight for gender equality in all walks of life.

In addition to being the longest-serving woman in Congressional history per her 40-year tenure, Senator Mikulski also holds the following distinctions:

Therefore, it’s only fitting during Women’s History Month to pay tribute to the legacy of former Senator Barbara Mikulski. She remains a shining role model for public service and a champion of women’s rights for all generations.

One thought on “Women’s History Month Tribute to Longest Serving Woman in Congress – By David B. Grinberg”