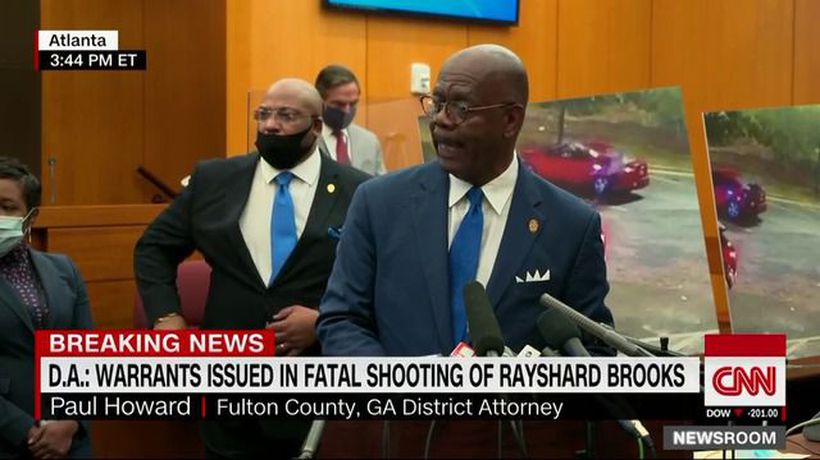 Remember Rashard Brooks and Other
Black Victims of Police Brutality

In 1964, Rev. Martin Luther King, Jr. said, “The arc of the moral universe is long, but it bends toward justice.”

As the Black Lives Matter movement continues to sweep the country, the arc of justice needs to bend more quickly in the case of Rayshard Brooks and other African Americans who have been killed by police. This is especially important as the country commemorates Juneteenth.

The justice system must send a clear message that overzealous police cannot get away with targeting and treating Black men and women as second class citizens. Every American must fully comprehend that all Black lives matter.
Mr. Brooks is the young Black man shot dead by a white policeman in the parking lot of a Wendy’s drive thru in Atlanta. The killer cop was swiftly fired by the mayor and charged with felony murder by the district attorney, along with 10 other counts. He now sits in jail without bail pending legal proceedings.

Meanwhile, the grieving family of Mr. Brooks is planning his funeral.

His untimely death was clearly unlawful and cannot be tolerated. His murder by police in an unmistakably malevolent manner is evidenced by graphic video footage, buttressed by police rules of engagement for the use of deadly force.

This gunning down of Mr. Brooks is especially shocking due to the recent malicious murders of George Floyd, Ahmaud Arbery, Breonna Taylor, and countless other African Americans under false pretense.

In essence, an unequivocal message must be sent nationwide and worldwide that such reckless disregard for Black lives by law enforcement cannot and will not stand.

When I first heard of this latest, senseless demise of a fellow Black American, my instincts were to spew a slew of profanities. However, I decided to feverishly engage on social media with fellow outraged citizens in response to the latest string of massacring Black bodies. The passion displayed online has been intense.

Predictably, there are those irrational actors attempting to perversely justify the murder of Mr. Brooks. The usual litany of commentary includes (but is not limited to) the following:

He should not have been inebriated,

He should have been compliant,

He should have responded more coherently,

He should not have failed a sobriety test,

He should not have grabbed an officer’s Taser, and

He should not have attempted to flee the scene…

The list of lame excuses to justify the murder of Mr. Brooks is endless.

In addition to the aforementioned examples, there were even more delusional and disturbed reasons that critics of Mr. Brooks proffered for justifying his death. It’s a sad commentary on humanity, to be sure.

My response to these White supremacists, police apologists, and other derelict segments of emotionally callous “human beings” is this:

Go to hell you fool!

If your personal character and morality are so vile, unfeeling, gutless and heartless to even try to justify the brutal death of a young Black man (or any man or woman regardless of race) then I have little regard for what your demented mind thinks or believes.

This is a shameful and bigoted mindset which most Americans soundly reject.

If running from police (without a deadly weapon) along with being drunk was an acceptable standard for murder, the graveyards would be filled with millions of people across racial lines.

Let’s also recall that Mr. Brooks fell asleep in his car at a fast food drive thru. This was not exactly a mass murder like those of many deranged white gunmen who were subsequently taken into police custody – not shot dead on the spot.

The underlying and persistent question at issue is why do people of color (in particular Black men) continually have their lives brutally snatched away by the very law enforcement officers who have sworn an oath to protect the public?

All members of the public deserve the same respect, benefit of the doubt and police protection regardless of race, skin color, ethnicity, gender or other potentially discriminatory factors — whether conscious or unconscious, explicit or implicit, intentional or unintentional.

On Juneteenth, of all days, America must strongly affirm that every black life matters. The African American community is “sick and tired of being sick and tired” over pervasive racial injustice.